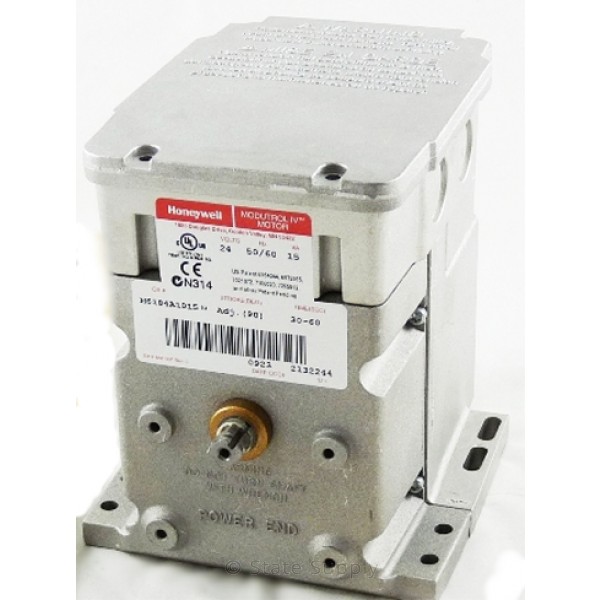 Hey all, ive noticed some odd behavior of a honeywell modutrol motor actuating a port valve. There seems to be some mm7284 of deadband effecting the repsone of the valve. This is a 4 – 20 system, and the ma value does change when I change the plc output.

Let’s assume the actuator is a recent model Modutrol IV, model M The pdf scanned, not text, believe it or not is here: Here’s the manual statement: You might also look what happens if the valve is disconnected from the modutrol. If the valve is sticking there could be some undesired results. I have seen that with pneumatic actuators.

I have a new M in my office and will see how it reacts with different VR3 settings. The Honeywell text, as usual, is not clear, but the fact that the adjustment setting m72884 movements in the “opposite direction from the most recent change” seems to be what is happening with regard to your applied changes.

Now, it could be 2. I do not know the model off hand, ill get it tomorrow in the shop. It is a new modutrol tho. Ill check to see if it has a dead band. This has helped, but not as much as a working valve would! It is a C I do not see the pots the manual talks about on it. Is it only the Q model that does this? Ive placed some honeywepl to our honeywell people, but I cant seem to find anyone at honeywell that actually knows. The original link I gave was a scanned pdf, whose document number has no other hits on the web.

Being scanned indicates that maybe it was a draft, most probably is no longer current and is obsolete? The current web page for the Mx motors is http: So it follows that your motor doesn’t have the adjustment. I’ll try my Honeywell contact on Monday to see if he can shed any light on your problem, or if he knows who can.

I am going honeyaell switch the motors out. I am surpised that an “industrial” control motor has such poor performace. It took 3 calls to find someone willing to research this. I found a guy at the Honeywell support numberwho had to do 10 minutes of research to find out how many steps of resolution any Modutrol motor would provide not exactly public information.

The result of his research is that all except 4 models and all on-off motors have 55 “repositions”, or steps of resolution.

There are 4 ‘enhanced’ Modutrol IV models, all of which are mA proportional motors, each of hhoneywell has more than 55 repositions. It isn’t clear how many more repositions or how much more step resolution ‘enhanced’ means. The 4 enhanced motor models are MC MC MQ MQ While 55 repositions is adequate for typical damper positioning, it is too coarse for serious proportional control of firing rate motors. 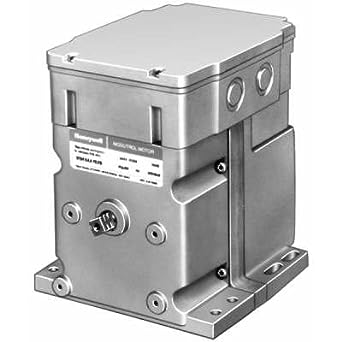 Why not an actuator where you could send the requred position and get feedback on the actual position, maybe even alter the speed of travel, all via serial comms? Maybe such a device exists that I’m unaware of – anybody come across one? Wow dan, what great info! Isnt user generated content great! It sure wasnt easy getting it out of honeywell, I am glad you did. We have one of their higher accuracy ones now that will be installed next week.

Ill let everyone know how much more accurate it is. Heres another question then, what acctuators does everyone else use for things such as port valve motors? I tend to go for Kromschroder GT motors, GT31 usually and GT50 for bigger valves, they do a good range of different supply voltages and travel times and the end of stroke and signalling limit switches are easy to adjust.

Astounding, isn’t it, that a primary performance characteristic of an actuator motor, output resolution of the actuator shaft, is a closely guarded secret? There’s a different class of electric actuators for the massive valves used in waste treatment plants, by vendors like Rotork, and I’ll bet they’re more than willing to define what sort of resolution their actuators provide.

I suspect the nmber of repositions steps doesn’t matter a heck of lot when the motor drives a damper in an air handler. And since the major market for this category of actuator is HVAC, well, you take what you get. But I’ve seen first hand the effect of an acuator that can not resolve sufficient positions to control a gas valve.

While investigating a “poor control” complaint, I discovered that Barber Colman motors this was 20 years ago used the same die cast housing, same electric motor, same slidewire, but just changed the gear train. The fast motors were geared lower for speed, the two trade-offs being – the higher the speed, stop to stop, the lower the torque.

I was never able to clarify why the apparent fewer reposition steps. It would seem that if the motor only runs when the input voltage is applied through the control circuit, the motor could run 0. The complaint was hunting, where the controller couldn’t maintain setpoint on a belt oven. The PV oscillation synched with the motor hunting. Backing off the tuning constants to slug the controller response down made no difference, the PV was clearly, to the eye, tracking the motor position and the desired motor position could not be achieved.

The ideal cotnrol position was in between motor reposition-steps. BC’s support response was to replace the motor with a slower motor.

I did it, it worked. The oven lined out nicely with a slower motor and the motor did not hunt.

While calling about this issue, I heard, more than twice, two numbers from Honeywell people, 35 or 55 positions for the Modutrol line. So bear in mind there’s still some question on that value. Honeywell has a higher torque motor, the Herculine series, in a different class. It specs the reposition resolution. There is some interplay between a deadband adjustment in the motor and its resolution, but I can’t recall the details. JPG But it’s given its cost, a can only be justified where the torque and resolution performance is required, like ID or FD control dampers on boilers.

This class of actuator can be had with Modbus, as can Rotork.